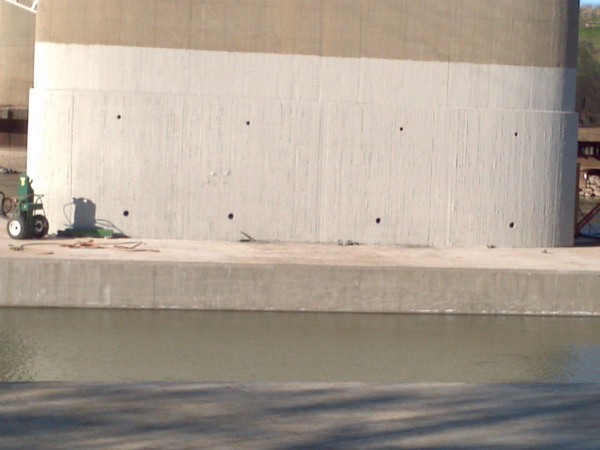 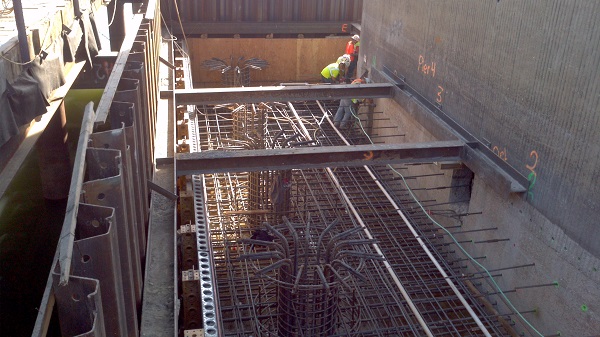 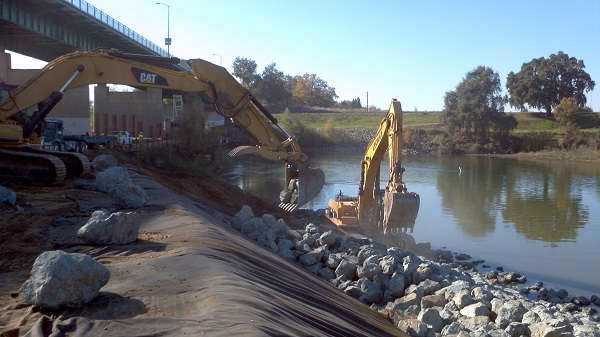 One of 24 piers supporting a bridge over Feather River on State Route 20 had 19 feet of supporting piles exposed which needed repair immediately.  The emergency contract was awarded to Stewart Engineering Inc. in the spring of 2011.   The majority of the work-site was in Feather River, presenting both environmental and logistical challenges. First, a trestle 26 ft in width was constructed to move equipment over the water channel.  The existing pier footing was enlarged and the scour condition mitigated with rock slope protection.  After the completion of the project, the temporary trestle system was removed and the surrounding embankments re-vegetated with a native plant mix.