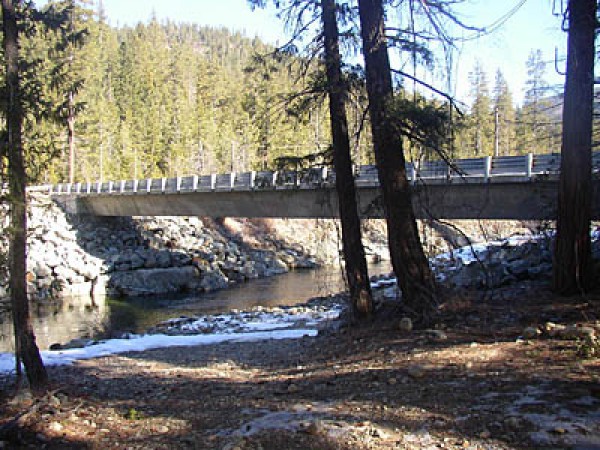 The Trinity River Bridge Replacement on Eagle Creek Loop Road near HWY 3 is located in northern Trinity County. The bridge spanning the North Fork Trinity River was completed in the year 2000. The project consisted of removing the remaining portions of the existing bridge that had been washed out in the 1997 floods, and constructing a new bridge in its place. The bridge consisted of two concrete abutments founded on spread footings. The 150 lf single span was a post-tensioned box girder. Additional site work included constructing the roadway approaches, metal beam guardrailing, and paving.

The project was considered to be environmentally sensitive due to the immediate proximity to the Trinity River.